How to Convert HTML to Text in Cells in Excel

This guide will discuss how to convert HTML to Text in Cells in Excel using two methods.

In other words, there are two ways we can use to convert html to text in cells in Excel, which are using the Find and Replace feature and VBA.

Hypertext markup language, or html, is a standardized formatting system that is used to create web pages. So it is a computer language that is often used for web development, internet navigation, and web documentation.

An html code always contains tags, < and >, which can make it difficult to read, especially when placed in a cell in Excel. So there are two ways to convert html to text in Excel.

Another way is using VBA in Excel. VBA stands for Visual Basic for Applications. It is a programming language in Excel and other Office apps. And VBA automates repetitive tasks, data processing, and generating graphs and reports.

VBA is useful for converting html to text in the entire worksheet, all while using a VBA code. If we have certain repetitive tasks in Excel, we can utilize VBA and record a macro to automate those repetitive tasks.

Suppose you are a web designer and you want to share how you created a certain web page with your colleagues. But some of them find it difficult to read html. So you need to convert the html to text in the spreadsheet to make it easier to read and share with others.

Awesome! Let’s move on and check out how to convert html to text in Excel using the two methods.

First, let’s focus on an example of how to convert html to text in cells using the Find and Replace feature. For instance, you have an html code in a cell.

Since html codes always have tags, < and >, we simply need to find those tags in the cells. Then, we can replace it with nothing or an empty string. So this method will simply remove the tags in the html, and we will be left with just the text.

And this is what it will look like after removing the tags. So we have converted html to text.

Then, let’s see an example of converting html to text using VBA. Essentially, it does the same thing as the Find and Replace feature. But it utilizes a programming code instead.

VBA allows us to convert html to text in the entire worksheet. This is what the VBA window in Excel looks like.

We will convert html to text by copying a macro code in the module window. After all the tags, < and >, are removed from the entire worksheet, we will only be left with the text.

This section will explain the step-by-step process of how to convert HTML to Text in cells in Excel using the Find and Replace feature.

1. First, select the cell containing the html you want to convert to text. In this case, we will select A2. Then, press Ctrl + H to open the Find and Replace window.

2. Next, input ‘<*>’ in the Find what. Also, the * is a wildcard character that basically tells Excel to look for anything that starts and ends with tags.

3. Lastly, we will leave the Replace with empty or blank.

4. Since we only selected one cell, simply click Replace. Otherwise, it will apply the function to the whole worksheet.

Furthermore, you can click the Replace All option if you have more than one cell selected.

5. And that’s it! You have successfully converted html to text using Find and Replace.

6. Additionally, we may end up with a weird format after doing this. For example, the cell may go all the way down in the worksheet. To fix it, simply select the cell. Then, go to Home and select Wrap Text.

How to Convert HTML to Text in Excel Using VBA

This section will focus on the steps in converting html to text in Excel using VBA.

2. In the VBA window, select Insert.

For Each Cell In Selection

4. Next, select the cells containing the html code you want to convert to text.

5. Finally, click Run or press the F5 key to run the macro code.

6. And tada! You have converted the html to text in Cells in Excel using a macro code in VBA.

Are you interested in learning more about what Excel can do? You can now use the various other Microsoft Excel formulas available to create great worksheets that work for you. Make sure to subscribe to our newsletter to be the first to know about the latest guides and tutorials from us.

Hi, I'm a Psychology student who has been using Google Sheets for a long time. As a student, I often use it for my activities. I also use it to organize and track many things in my personal life. Join me in exploring and learning many useful tools and functions within this application.

How to Convert Time to Integer Hours or Minutes in Excel

How to Convert Hex Number to Decimal Number in Excel 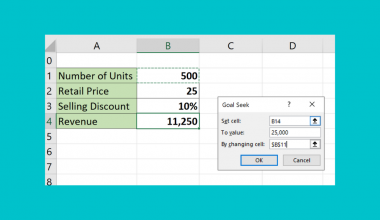 Read More
MMicrosoft Excel
This guide will explain how to calculate years of service in Excel using four simple and efficient methods. …

Read More
MMicrosoft Excel
This guide will show you how you can recover an unsaved Excel file in your computer. There may…