How to Trace Precedents and Dependents in Excel

This guide will explain how to trace precedents and dependents in Excel.

Understanding the precedents and dependents of a cell can help you understand the relations between cells in your spreadsheet.

When working with sheets with dozens of formulas, you may need help understanding how each cell relates to one another.

A single formula can use multiple cells as arguments. The value of a single cell may also appear in the formulas of other cells. How can we determine what cells in our sheet use a particular cell’s value?

Excel provides two features we can use to show cell relations: Trace Precedents and Trace Dependents.

The Trace Precedents command shows all cell references in the current cell. For example, if cell B2 contains the formula =C5, then cell C5 is considered a precedent to cell B2.

The Trace Dependents command, on the other hand, shows formulas that use the value of a particular cell. In our earlier example, cell B2 is considered a dependent cell to C5 since it uses a cell reference to C5 in its formula.

We can use both these commands to troubleshoot errors in our cell. For example, if a formula returns a #DIV/0 error, we can use the Trace Precedents command to see if any of the cell references used in the formula is causing the error.

Similarly, we can use the Trace Dependents command to look for cells that are affected by the error.

Now that we have a grasp on how precedent and dependent cells could help us understand our sheet, let’s see how it works on an actual spreadsheet.

A Real Example of Tracing Precedents and Dependents in Excel

The following section provides several examples of how to trace precedents and dependents in Microsoft Excel.

In the spreadsheet below, we have several cells that contain formulas. If you are unfamiliar with what each cell does, it may be difficult to understand how each cell relates to the other. We can use an Excel command to determine what other cells in your spreadsheet relate to the current cell.

If you’ve encountered an error in your spreadsheet, you can use these commands to troubleshoot each formula.

In the example below, we have a #NUM! error in cell I6. We can use the Trace Precedents command to determine that cells I4 and I5 were used to obtain the result.

Do you want to take a closer look at our examples? You can make your own copy of the spreadsheet above using the link attached below.

If you’re ready to try out using these commands yourself, head over to the next section to read our detailed guide on how to use them!

How to Trace Precedents and Dependents in Excel

This section will guide you through each step needed to trace precedents and dependents of specific cells in your spreadsheet. You’ll learn how we can use these commands to solve errors and make sense of complex worksheets.

Follow these steps to start using the Trace Precedents and Trace Dependents commands:

This step-by-step guide is a quick introduction to using the Trace Precedents and Trace Dependents command in Microsoft Excel.

This function is just one example of the many Excel commands you can apply to your spreadsheets. Our website offers hundreds of other functions and methods to help you get more out of Microsoft Excel.

With so many other Excel functions available, you can find one that is appropriate for your use case.

Subscribe to our newsletter, and you’ll get exclusive access to the latest spreadsheet guides and tutorials from us.

How to Compare If Date Is Before Another Date in Excel

How to Break Links and Keep Values in Excel

Read More
MMicrosoft Excel
The VLOOKUP function is useful when you need to lookup a partial string match in Excel. We can… 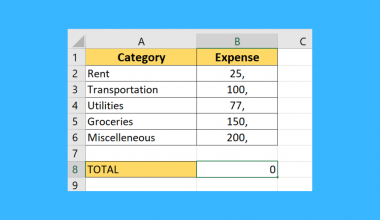 Read More
MMicrosoft Excel
This guide will explain how to start fixing SUM formula when it returns 0 in Excel. Cell formatting…